My 17th September as a blogger, and my sixth in Wollongong!

Do go to the source, Picture Sutherland Shire, for (currently) 465 images.

Yesterday I wrote: “We spent much of 1953-4 looking for Russian spies in the bush in West Sutherland, being excited further that they were building Australia’s first (and still only) nuclear reactor just across the Woronora at Lucas Heights.”

And here is Sutherland Shire Council Chambers in 1954, the year of the Royal Visit:

Note which flag flies highest. We were still “British Subjects” in those days.

At Federation in 1901, ‘British subject’ was the sole civic status noted in the Australian Constitution. The Australasian Federal Convention of 1897–98 was unable to agree on a definition of the term ‘citizen’ and wanted to preserve British nationality in Australia. An administrative concept of citizenship arose from the need to distinguish between British subjects who were permanent residents and those who were merely visitors. This was necessary for the Commonwealth to exercise its powers over immigration and deportation. Motivated by the nationalism of Arthur Calwell, the Minister for Immigration 1945–49, this administrative concept was formalised in the Nationality and Citizenship Act 1948. In 1958 the Act was amended so that naturalisation could only be revoked if obtained by fraud. This prevented a naturalised person being stripped of citizenship and deported.

Next to Council Chambers was the Library. In 1954 I was a frequent borrower. The children’s books were in the room to the right of the front door.

And local shops that I would often have been in. The car could even be our Standard Vanguard, if this photo was taken around 1953. We had graduated to a Vanguard Spacemaster by 1954. 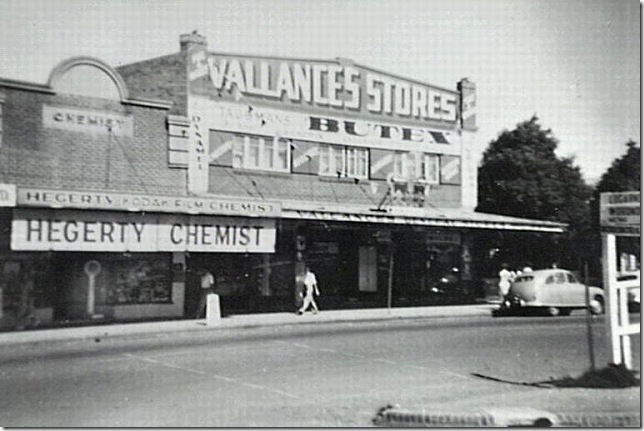 Not exactly crowded is Sutherland’s main street, is it? I suspect too by the light that this is summer.

Yesterday a superstorm led to a total power failure in the entire state of South Australia. Think about that:

See SA power outage: how did it happen?  One element some have raised is the fact that South Australia relies more than other states at the moment on renewable energy.

Earlier this week, the Grattan Institute released a report detailing the pressure high uptake in renewables had put on the state’s wholesale power prices, and how it was being viewed as a test case for the rest of the nation.

But the report’s author, Tony Wood, said the blackout was as a result of a particularly violent storm and it was usual for a system to shut down to protect itself from further damage.

“My understanding, at least at the moment, is there’s no evidence to suggest these two issues are related,” Mr Wood said….

Mr Wood said the investigation into exactly what happened would help other states and territories plan for significant weather events hitting power infrastructure, even though South Australia’s network was quite different.

“South Australia itself is a more concentrated grid city network than say, for example, Queensland which is more strung out.

“You could imagine a situation in which a city in Queensland, such as Townsville and Cairns could have been affected by a similar freak storm, which took out all the power in that city, it doesn’t necessarily mean that would cascade through all the way down to Brisbane.

We haven’t heard the last of this though. 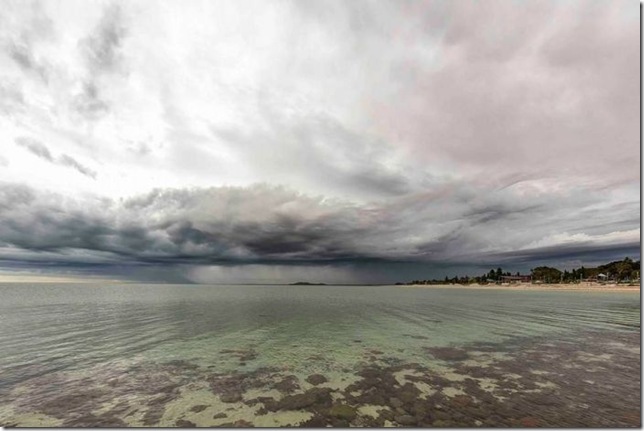 I was taken by Jim Belshaw’s recent post A certain weariness of the spirit.

The second is just accommodating to the pace of change. I was born at the end of the war. I have been though the fifties, sixties, seventies, eighties, nineties and now into the 2000s. Institution after institution, belief after belief, new vision after new vision, has been discredited and replaced.

Mind you, when it comes to teaching/education I am perhaps even more frustrated by the phenomenon of the same often silly arguments recurring decade after decade — the teaching of reading being just one example. But that is not my point today.

This intrigued me: As the apartment boom peaks, these are Australia’s most densely populated suburbs. (Link fixed!) Now for context, bear in mind that Australia at large has a population density of just 3.5 per square kilometre. When it comes to cities compare Shanghai with 2,059, or Singapore with 7,909. And here are the most densely populated incorporated places in the United States. New York City has 10,431.

So look at these, from the article linked above, where they are interactive: 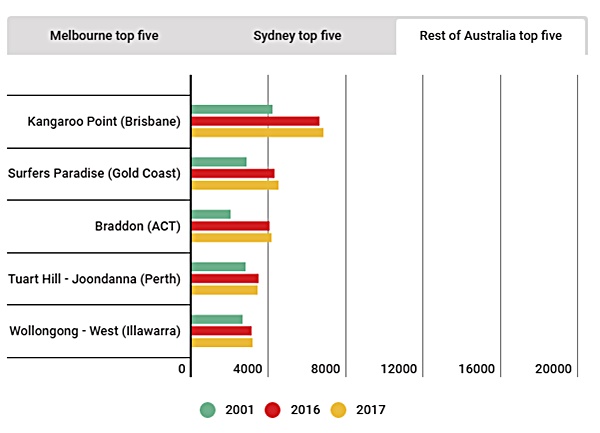 The figure for Melbourne CBD is amazing! Those recent changes are just one element in the changes over my lifetime, but somehow these days I seem more sensitised to it. The Sydney of my mind these days seems more and more to be this one: 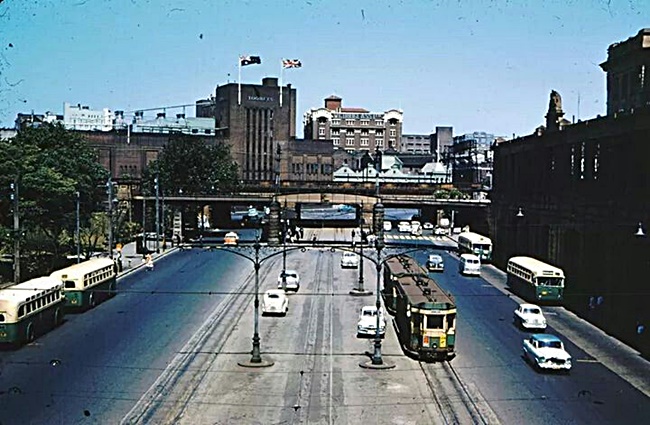 Now that opens up a possible discussion of population in Australia — very much a live issue at the moment too. But I will pass on that right now, except to say 1) I feel the changes, for good and ill and 2) with old age comes nostalgia. And I know that can be a deceptive feeling.

And back to Eddy Avenue. That perfectly good tram line was dug up in the 1960s. Now, way over time and way over budget, a new tramline is appearing in that right-hand lane!

Just 10 posts in August! There were 36 views a day average. Since 1 August the post viewed posts have been:

Recently I posted about Vermont Street, Sutherland, where I lived from 1952-1955, and again in 1963-4. The circumstances of that first sojourn are well expressed in my mother’s words from the 1960s:

Then in 1945 the guns of War ceased. We hoped so vainly they had stopped for all time–and the father came home. The next few years held struggle of a different kind for the young weary parents whose lives, like so many, had been so deviously interrupted. To return to the normal, the everyday, does not perhaps seem difficult, but it is so very difficult, as so many found. Everything had altered, values and concepts had changed. One thing sustained this young family–the love of man for woman, of woman for man, of man and woman for their children. To hope, to pray, with faith, that some day, sometime, there would be a better world for all to live in. Again the years went swiftly–two years, four years, ordinary troubles, measles, mumps, broken arms, children’s hurts to mend–the guiding, the helping, the encouraging, the children growing, the joys, the laughter.

The babe of 1940 [my sister Jeanette] was now a slight, fair, lovable schoolgirl of twelve. So proud were the parents of this so dear a child who held the promise of the future in her clear blue eyes. The dreams they had–the dreams she had–such lovely dreams, such beautiful golden dreams.

The father and the mother bought a house, their first “own” home. Just an ordinary house in an ordinary street, in an ordinary suburb, in an Australian city. A house with room enough for the children to grow in to live in, to be “home” in all its true and good meaning. Moving day came with all its pressures, its turmoils, but with happiness in the hearts. The unseen figure in the shadows moved closer and struck, taking with it back to the shadows the beloved child, the child with so much promise, so many dreams–the child whose very presence had helped the mother’s war-torn soul through the years and whose sparkling nature had helped the father through the rehabilitation period. The beloved blue eyes were closed to this world forever.

So we were all grieving in that place, I see now more clearly: my father, brother, and myself no less than my mother. I can recall nightmares often involving death, and odd little memorials made of pebbles that I would make in various obscure parts of the garden.

My mother took to growing flowers, even winning a prize in the local flower show for her pansies or sweet peas or violets — I don’t quite recall which. Her flowers were those of that time — no natives among them. That came later when we moved to Kirrawee and had waratahs and wattles and bottlebrush in abundance. 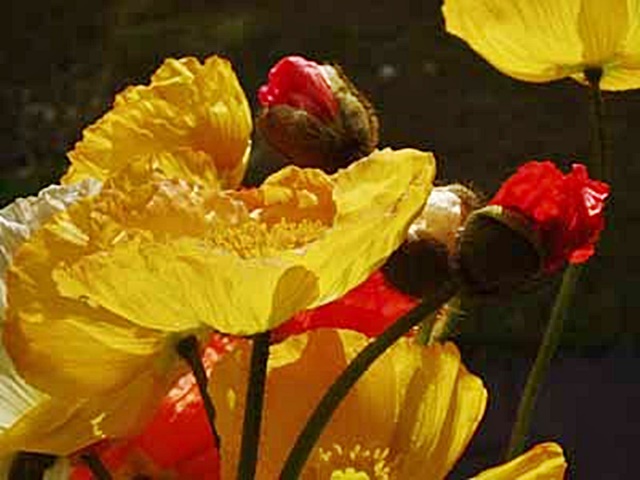 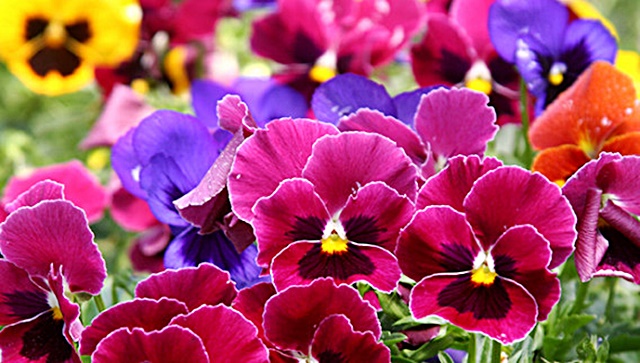 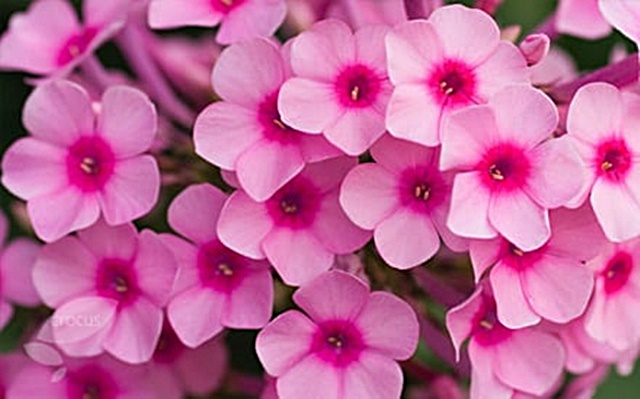 Did you know that Iceland poppies have nothing to do with Iceland?

He preferred the old songs…