A friend at Diggers asked this the other day. He thought some time before World War 1. I wasn’t so sure. If either of us had had the right technology in our pockets we could quite easily have looked at Port Kembla – History where we would have seen there were coal-related developments going back to the 19th century and activity by the Electrolytic Refining and Smelting Co. (ER & S) by 1908.  However, the Hoskins’ Iron & Steel, later to become Australian Iron & Steel (AIS) / Broken Hill Pty Co Ltd (BHP), did not commence steelmaking at Port Kembla until 1928. See also A Brief History of the Steel Industry at Port Kembla.

I should have known as a family friend was closely connected to the top brass at the Steelworks for 40 years! See The woman I thought was my aunt’s maid.

Miss [Bessie] Foskett gave 40 years of service to the steel industry serving as personal secretary to Sir Cecil Hoskins and successive general managers. She retired from the steelworks in 1965 and opened her own secretarial service and was involved in many community organisations. She died in February, 1985.

Port Kembla from West Wollongong in 1910 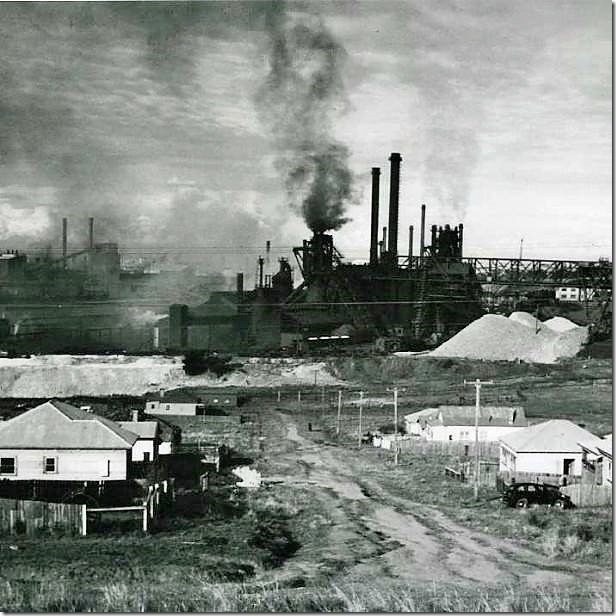 Cringila and the Port Kembla steelworks in the 1940’s

And this classic from Wikipedia Commons: 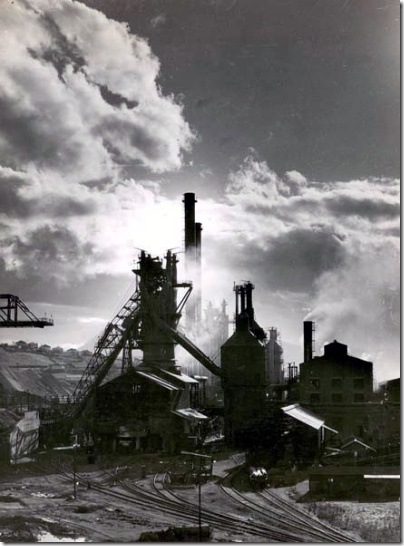