See all. The feeds on the sidebar there are worth visiting too. Interesting to see which of those sites/blogs are still going.

I thoroughly enjoyed this dystopian parable.

People say to me, ‘so is the Stone Gods science fiction?’ Well, it is fiction, and it has science in it, and it is set (mostly) in the future, but the labels are meaningless.

I can’t see the point of labelling a book like a pre-packed supermarket meal. There are books worth reading and books not worth reading. That’s all.

This new world weighs a yatto-gram

The Stone Gods is written in four parts; The first part begins on Orbus, a world very like earth, and like earth running out of resources and suffering from the severe effects of climate change. This is a world where everyone is bio-enhanced and bored to death. It is a world that has run out of possibilities. Then, a new planet is discovered, perfect for human life. This planet, Planet Blue, has only one drawback – the dinosaurs. A mission leaves Orbus to get rid of the dinosaurs.

Our guide through the novel is Billie Crusoe, a disillusioned scientist in Parts 1,3,4, and a young sailor, (Billy), in Part 2, which is set on Easter Island in the eighteenth century. Billie is part of the mission to Planet Blue, and so is Spike, a perfect robo-sapiens. What happens between them explores the boundaries between carbon and silicon life forms – in other words, what is a human being, how do we define what is human, and how do we define what is love and what is possible when love is present?

Yes, it’s a love story along with a survival story. It’s the story of repeating worlds, repeating mistakes, chances for change…

Read more from the author’s site.

Perhaps the weak response the world has been making to climate change issues since 2007 makes the novel even more pointed.

See a damp review in The Guardian (a reviewer with a defective sense of humour?) and rather better “amateur” reviews here and here.

…Winterson explores many idea in this book. How we treat our planet for one—the idea of global warming is prevalent—are the grievances we have committed to our own earth going to come back to haunt us? Orbus’ inhabitants are forced to contemplate a move to another planet because they have so ravaged their own planet. And yet they do not hesitate for one instant when it comes to setting up their new planet in the same manner. It’s almost as if their worlds are disposable. Their own planet is wasting away, so they’ll just find a new one! A metaphor for today’s world, I’m sure. We know some of our actions cause the planet harm, but we do little, or nothing, to deviate from our destructive behavior. The situation in The Stone Gods is just a magnified, hyperbolic display of our own behaviors… 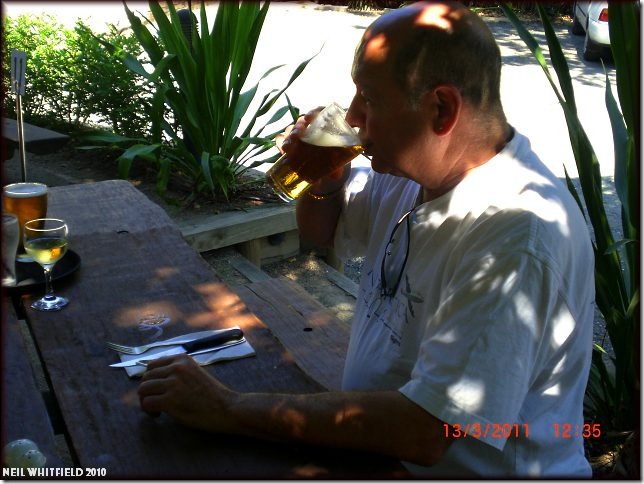 Uglier far than Julia Gillard’s “lie” on the carbon tax…

… is the licence to parade Tea Party populism and worse as if this were some kind of conservative wisdom.

SHAME ON THE WRITER OF THIS PLACARD

SHAME ON THE HOLDERS OF THIS PLACARD

SHAME ON ABBOTT, JOYCE and OTHER CONDONERS AND ENCOURAGERS OF THIS PLACARD

THIS IS A SAD DAY FOR AUSTRALIAN POLITICS