Dion’s Bus Service is a living legend in the Illawarra.

Dion’s Bus Service was founded in 1923 when Thomas Dion commenced operating a service from Wollongong to Balgownie followed by a service to Bellambi. It is currently the oldest operating bus operator in the Illawarra.

That Kiama run has long ceased, but there is a story about it my father told me. It is recounted here.

And that’s not all!

The Headless Ghost of Dunmore House is reasonably well-known in Kiama. The Chair of the Illawarra Business Chamber, Les Dion, of Dion Buses, sent a copy of the Dion family history to the Pilot’s Cottage, in which it is recorded one of his uncles witnessed the Headless Ghost while working as a bus driver on the last Kiama run of the night in the 1950s. According to this account he chased the Ghost with his bus, until it threw a rope up into the trees and disappeared. Other ghost stories mentioned in the dusty old files include the Swamp Bull of Terragong Swamp, near the Honey farm at Kiama Downs. It is recorded in the Honey family history that they went down to a hole in the swamp where they thought the swamp bull lived and blew it up with explosives. Another ghost story mentioned is the sight of the boat coming down Minnamurra river in the early morning mist on Boxing Day, the same time every year as a famous tragedy on the river.

It’s not often you bump into a local legend on a bus – or driving one, for that matter.

Aged 93, Les Dion snr took a lap around Wollongong on one of his family’s iconic buses yesterday to celebrate 90 years of Dion’s Bus Service.

From humble beginnings with a single Model T bus with wooden seats and canvas sides in 1923, Dion’s grew into an Illawarra institution as it ferried thousands of locals  to work, school and beyond.

‘‘I’m proud as punch for what the family did,’’ said Les Dion jnr, now manager of Dion’s after taking over from his father.

‘‘They went through some tough times, the Depression and the world wars, so it’s some pretty big boots to fill.’’

To celebrate nine decades in the Illawarra, Dion’s yesterday offered free bus rides to its customers.

Jacob Robinson, of Fairy Meadow, was one of those who instantly recognised Mr Dion snr when he got on the bus.

‘‘I remember Les when he used to drive my bus to school,’’ Mr Robinson said; Mr Dion snr only retired from driving buses at age 85.

‘‘Dion’s is one of the most recognised names in the Illawarra. It’s massive for any company to reach 90 years in business.’’

As a comparison, Dion’s has lived through 23 Australian prime ministers; is six times older than the WIN Entertainment Centre;  and had been in operation for almost 20 years by the time Wollongong was officially named a city in 1942.

The company also started at a time when Chinese immigrants were a marginalised section of Australia, making its success all the more remarkable due to tense race relations at its inception.

‘‘The Chinese heritage, that was a challenge as well, but when you look at this community, everyone is so respectful of them,’’ Mr Dion jnr said.

‘‘That’s what makes the job hard, living up to the standards set.’’

And as for the future?

Let me tell you about yesterday and the Austinmer bus – possibly this one:

I had spent some time with friends at Steelers but rather than lunching there I went over to The Brewery. After an excellent lunch I wandered out to the old Catholic cemetery to pay my respects to the memorial of William Smith, who arrived in 1822 on the “Isabella 1” with my convict ancestor Jacob. See Tangible link to the convict ship “Isabella” and the immigrant ship “Thames”. 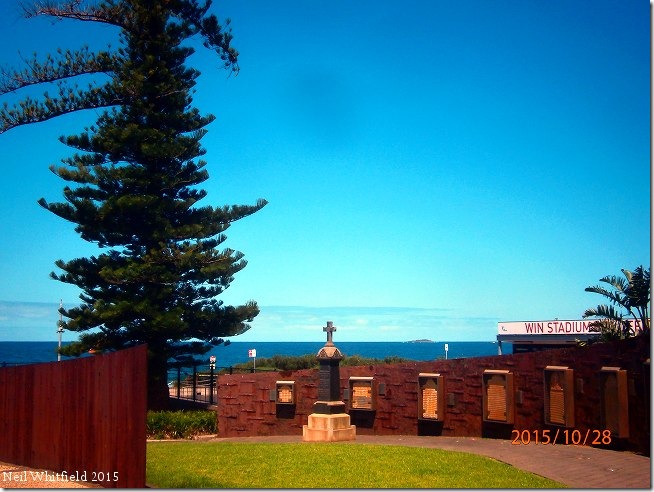 I then wandered over to City Beach: 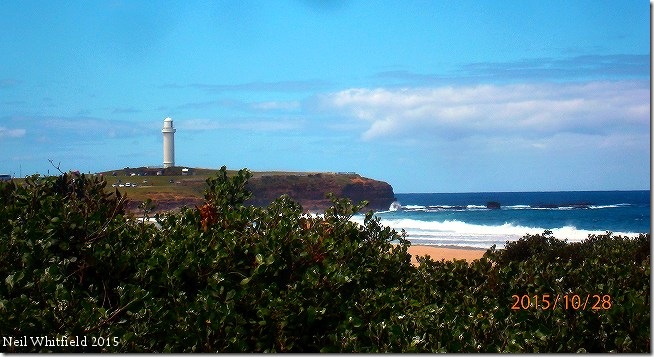 Returning to the bus stop nearest The Brewery I saw that the 2.30 Dion’s Austinmer bus was about to go. I decided to catch it back as far as City Diggers, where I alighted.

No sooner was I off the bus than I realised my mobile phone and my camera were no longer in my pocket. Tragedy! I contemplated what to do over a glass of red at Diggers, then went down to the bus stop near the Greater Union cinema and waited for Dion’s buses returning to Wollongong. The driver of the one I stopped rang the depot and reported my loss. About ten minutes later as that same driver was outward bound up Burelli Street he called to me out the driver’s window: “They’ve been found!” and told me to go to the Depot in Fairy Meadow.

I did so – by Dion’s bus of course. No phone or camera handed in yet though. The woman at the desk contacted the driver of the bus I had been on originally, which happened to be returning to Wollongong at that precise moment – and yes, he had my things. As soon as I reached the stop near the Depot he arrived, gave me back my belongings, and a free ride back to Wollongong. So around two hours after my loss all was restored!

So you see, if it wasn’t for the lovely people at Dion’s those photos above (and a few more) would have gone forever! But Dion’s have a reputation for kindness. The story goes that during the Depression they often gave battlers free rides.

One thought on “This post – thanks to Dion’s bus service!”