First time in over a year. Very pleasant on the 8.35am express on the way up… 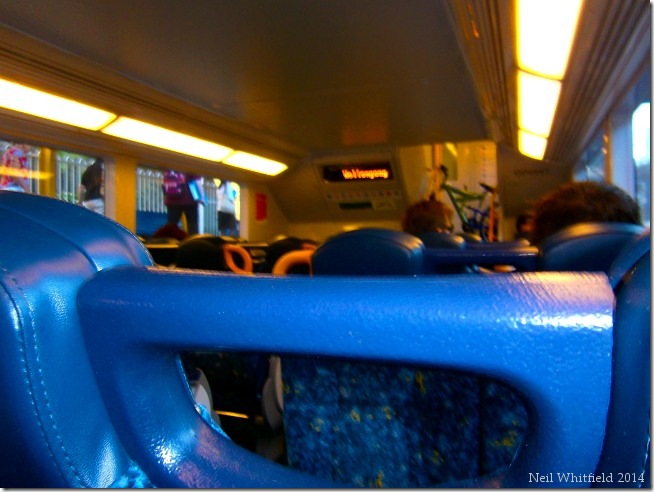 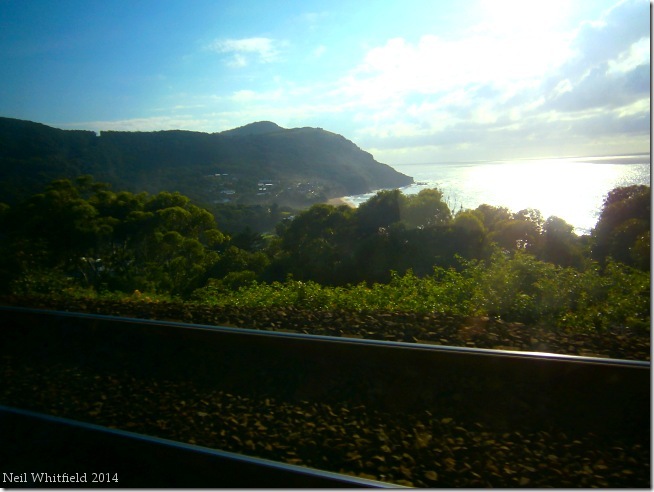 But cattle class on the 3.22pm from Central on the way back. Standing room only in a FOUR CAR train from the get-go at Central, and the following photo is at Wollongong AFTER the train had emptied many passengers! 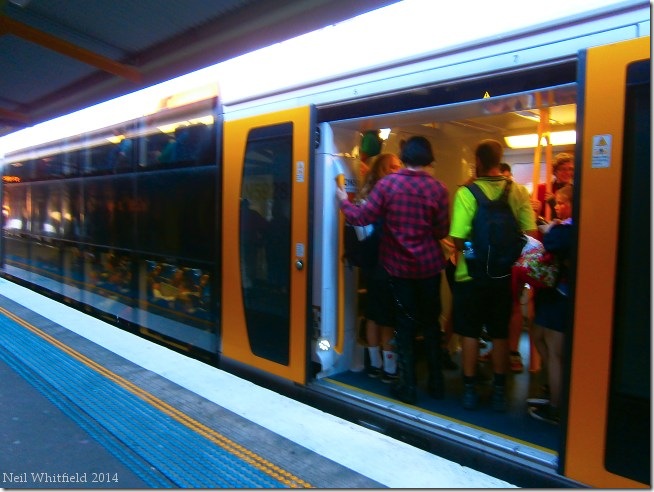 See New train timetable: standing room only in The Illawarra Mercury 1 November 2013. Today did have a large contingent of school children returning to various Illawarra stations after The National Young Leaders Day in Sydney. But a four car train? Absurd.

So it was good to see George Takei had posted this from Beware of Images on Facebook this morning. 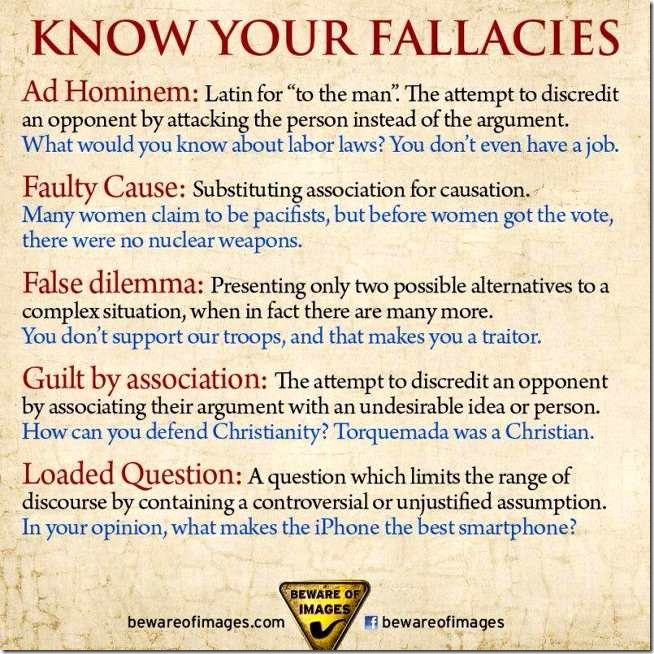 On my now archival English/ESL blog I referred students to these three, still all going strong it seems.

The first one begins with this amusing quotation from an unlikely source:

“The jawbone of an ass is just as dangerous a weapon today as in Sampson’s time.”
— Richard Nixon

In Tony Abbott – bats in the belfry, or rat cunning? I gave my initial reactions and played with the idea a bit. Now some days later I am not sure the issue is all that important, which is in large measure what is wrong with it. 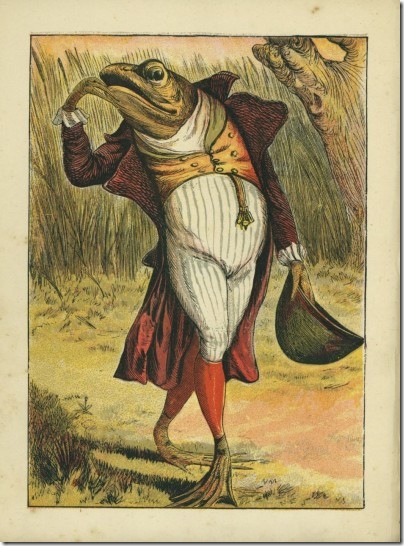 But I do like Leunig’s cartoon today – unusually angry and direct for him. 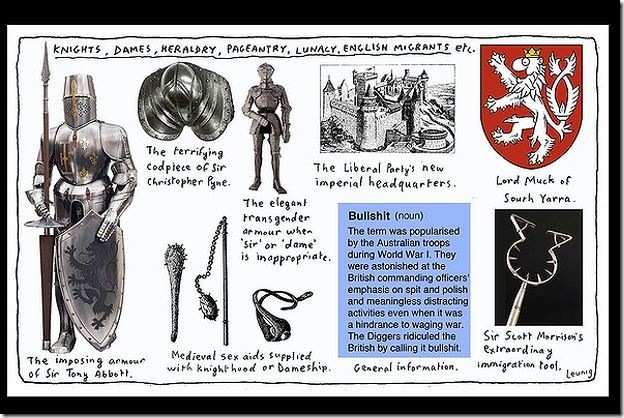 Some recycles. Not all links will work, but surprisingly many do thanks to the WayBack Machine.

March 25 2001
Full moon?
Having seen a bit of shooting oneself in the foot going on last night at the Albury, I began to wonder! Note to self: light beer in moderation from here on for me for a while. Not that I was roaring drunk by any means: four schooners over the time from 5.00 (when I came up from coaching in Chinatown) until 8ish, and a middy elsewhere with a friend I ran into. But still more than an old person like me should, which is my point. I never drink at home, unless wine with a meal when I have guests. Nor do I use illegal drugs.
…Earlier in the day I was in the teller-machine lobby at the ANZ Bank in Chinatown. At the head of the queue was a young Chinese couple. The woman was making a withdrawal and having a furious argument with her boyfriend at the same time–in red-hot Mandarin I think. Next in line was an Anglo-Australian woman of about 40, quite stylishly dressed. After her was a young Chinese girl, then me. The Anglo woman did her transaction. Meantime, to free her hands, the young Chinese girl had put her half-eaten lunch and a drink down on a counter to one side of the machine. As the Anglo woman left, and as the Chinese girl was putting her keycard into the machine, the Anglo woman swept the Chinese girl’s lunch into the garbage! The Chinese girl was stunned! “You think that’s rubbish, do you? You’re so rude!” Actually I suspect the Anglo woman had concluded the Chinese girl intended to leave the stuff there, but it was clear to me that all she had done was put it down to free her hands for the machine. “Weird!” I said. The Anglo woman offered no apology but just stormed out. The Chinese girl was so shaken she told me to use the machine while she recovered.
Meanwhile the female half of the arguing couple had returned to withdraw more money–not looking happy. I, having withdrawn my cash, left.

March 26
Calm returns
There was another tragic case of foot-shooting on Saturday night, but not at the Albury. Someone had perhaps misread someone else, issuing a decree that was not as welcome as it might have been. As a result certain conclusions may have been drawn about Ninglun, conclusions that were wildly inaccurate. A chat with a third person resolved much.
Yes, that is as enigmatic as this diary ever gets, but thank God for Chat I say 🙂
Busy day and peaceful night. God bless all who have assignments due on March 30!

March 28
A dear friend
This entry is dedicated to John Wilkinson, a very dear friend first of M., than of myself (who made it to one Yum Cha). Ten years of friendship. John passed away last night after a long period of illness. He was one of the sweetest, sanest people you could ever meet. To Max and all his friends, especially Morris, my heart goes out.
John, it was a privilege knowing you. Rest easy now.

March 29
Free lunch
Sentimentalist that I am, I had lunch at the Galleria today. The place was much more crowded than it was last week, and the tiny kitchen near the front was a scene of frenetic activity. “Manuel” the gay waiter was on duty again, and slid chummily into the chair opposite mine as he took my order. On the next table a middle-aged lady looked slightly stunned as Manuel smoothly repeated the manoeuvre on the chair opposite her.
Half an hour later my coffee arrived, and her tea.
Forty-five minutes later she said something about this being rather a long time for a sandwich to appear. “I’m just the waiter,” Manuel apologised. Five minutes later her sandwich appeared, and another few minutes later my cheese and tomato on toast.
Now had the company been what it was last time I was there the delay might hardly have been noticed, but this time it was rather noticeable. Fortunately I was in no hurry.
That the Galleria people are really nice became apparent as I took out my wallet at the counter. Yes, I had scored a free lunch, and an apology for the delay. “But… I could see you had a rush.” “Don’t argue,” the English woman who runs the place said; so I didn’t 🙂
Who said there was no such thing as….? 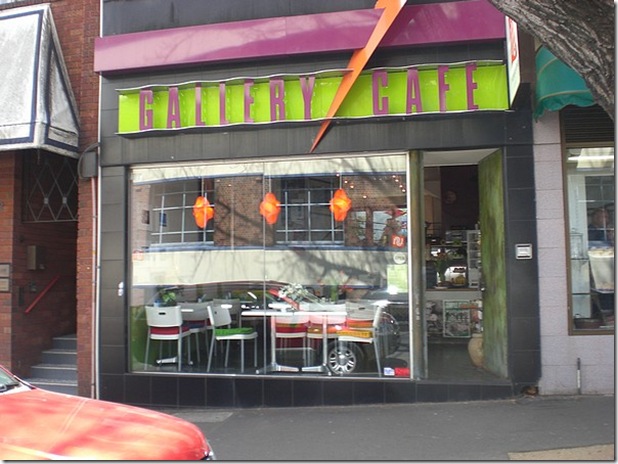 And ten years ago was an election year, apparently…

New Series: Entry 9
lying rodents
02 September 2004: later: Had an amusing email from “Sillydog”…
Not so amusing – far from it – is that school hostage situation in Russia. Such a loathsome tactic. Nothing can be said for it at all; those who use such methods have forfeited their humanity, as far as I am concerned. On the other hand, it would be a brave person indeed who could find anything good to say about Russia’s record in Chechnya. Tragic all round.
I found Australian Cadaver Phil Ruddock’s attempt to make electoral capital out of it absolutely vile.
02 September 2004: AFTERTHOUGHTS on The Da Vinci Code
The Australian Jesuit magazine Eureka Street has a good article by Michael McGirr, “DAN AND MEL GET RELIGION – While Dan Brown and Mel Gibson can draw a crowd, Michael McGirr finds their stories still miss the mark…”

Dan Brown’s The Da Vinci Code also provides food for thought. It is a little difficult to account for the runaway success of this rather ham-fisted thriller. The Da Vinci Code uses stock characters, such as a stereotypical eccentric Englishman, Leigh Teabing, and many of the narrative devices of pulp fiction. …
The Da Vinci Code is based mainly around the idea, by no means new, that Mary Magdalene was married to Jesus, that they had children and that their bloodline has continued in secret unto today. One of the phrases that recurs throughout the book is ‘the sacred feminine’. It is this which has drawn people to the book and for good reason.
Brown’s readers include many refugees from a male-dominated church which has undermined its own integrity by the way it has written women into the lesser parts of its tradition. Mary Magdalene, disguised as a man, is said to be the 13th disciple in Da Vinci’s The Last Supper. It is her need to disguise as a man which encapsulates the book’s real concern. The Da Vinci Code is a polemic against boys’ own Christianity..

McGirr is probably right about the appeal of the book to some feminist readers. Of course I would tend to see this as commercial calculation on Brown’s part.

Not really lost, but as he is considerably younger than I we hadn’t seen all that much of each other over the years, though his late father unfailingly kept in touch. See What a gathering of the clan that was! and Roy Hampton Christison 1927 – 2011.

The “selfie” of the two of us is by Russell Christison, the rest by me. Dampish day, but great conversation. 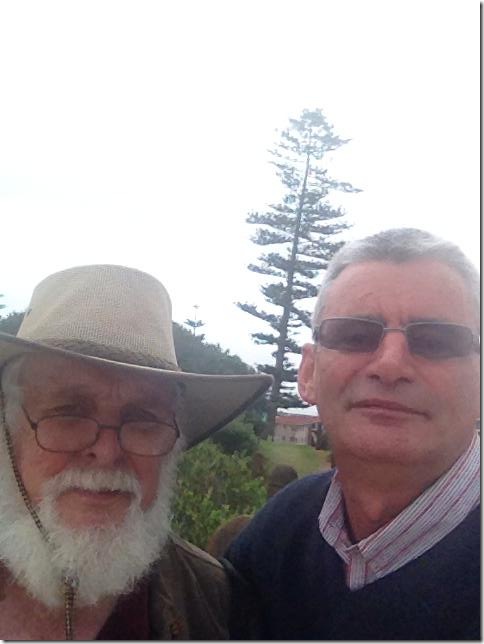 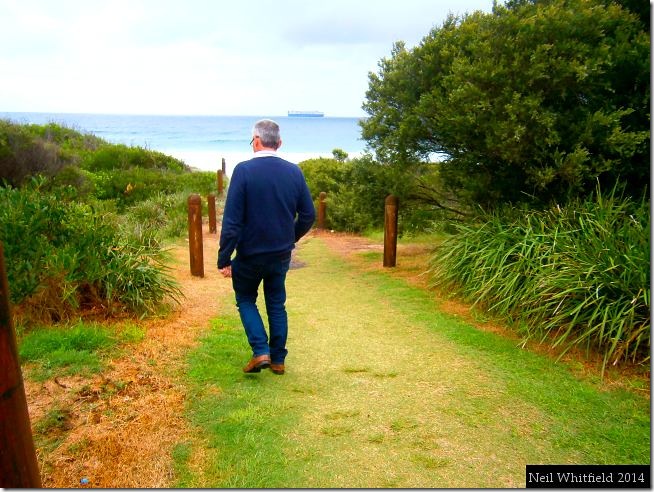 After Steelers we went to the Illawarra Brewery. When Russell left I stayed on and read for a while over a half-pint of Apocalypso. 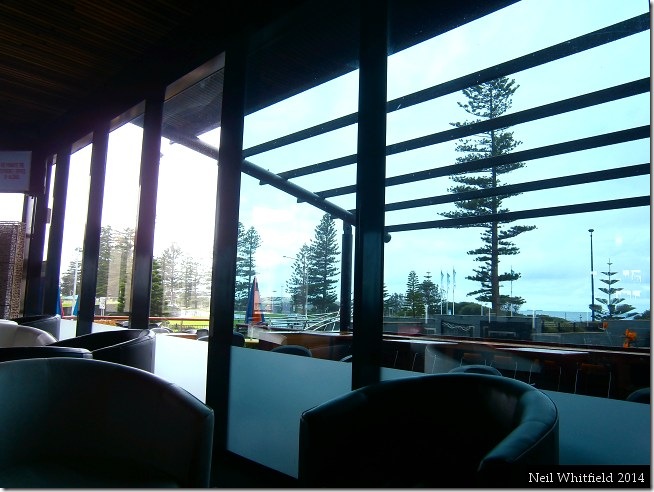