The Maudabawn Cultural Centre viewed from the Grotto Gardens

Cootehill is a fine example of an 18th century Ulster linen market town.  Cootehill takes its name from the Coote family who acquired a large estate after the Cromwellian wars.  The land had previously belonged to the O’Reilly clan. Cootehill developed from a small village dating from the late 17th century.  Thomas Coote was a founding member of the Linen Board in Dublin and played a major role in encouraging the linen trade in Cootehill.   The linen market grew rapidly throughout the 18th century.  And by 1801 had become the sixth largest market for brown linen in Ulster.

That’s my grandnephew Nathan in Ireland in 2011 – the returnee of that 2011 post. He said recently on Facebook that he was sorry he hadn’t known more of his mother’s Whitfield connection to the place at the time. I reflect with some amazement that my great-uncles and aunts actually knew William Whitfield as their grandfather! Most of them were adults when he died. This tells you something of the time frame of European presence in New South Wales. 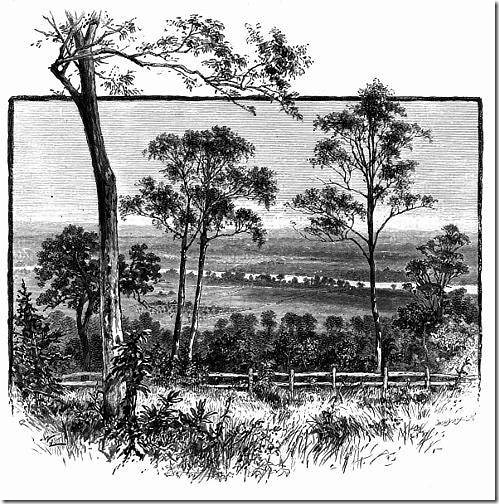 Nathan also through his grandmother – my brother’s former wife – traces back to a much more ancient Australia while both he and I may also have a connection through my Whitfield grandmother.

Consider this map, which is liked to the full size version. 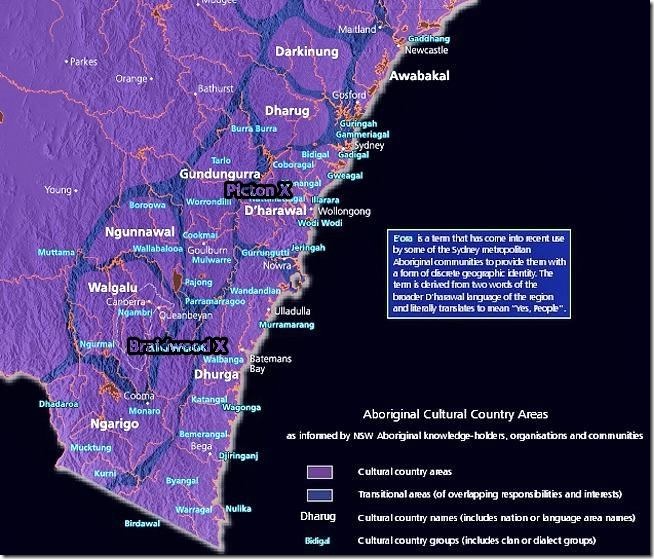 There are two places I have spoken of lately in connection with the Whitfield stories – but how recent all that is compared with what the background represents!