Gas flaring on the yellow platform; voices running up and down;

Milk-tins in cold dented silver; half-awake I stare,
Pull up the blind, blink out – all sounds are drugged;
the slow blowing of passengers asleep;
engines yawning; water in heavy drips;
Black, sinister travellers, lumbering up the station,
one moment in the window, hooked over bags;
hurrying, unknown faces – boxes with strange labels –
all groping clumsily to mysterious ends,
out of the gaslight, dragged by private Fates,
their echoes die. The dark train shakes and plunges;
bells cry out, the night-ride starts again.
Soon I shall look out into nothing but blackness,
pale, windy fields, the old roar and knock of the rails
melts in dull fury. Pull down the blind. Sleep. Sleep
Nothing but grey, rushing rivers of bush outside.
Gaslight and milk-cans. Of Rapptown I recall nothing else.

The page linked to the poet’s name is a must. Of personal interest is that there is a podcast account of Slessor by Dr John Hawke, who was many years ago one of the founder editors of Neos: Young Writers. On Slessor see also Kenneth Slessor: The Frozen Moments of “Out of Time”, “The Night-Ride”, “Beach Burial”, “Five Visions of Captain Cook”, and “Five Bells”. 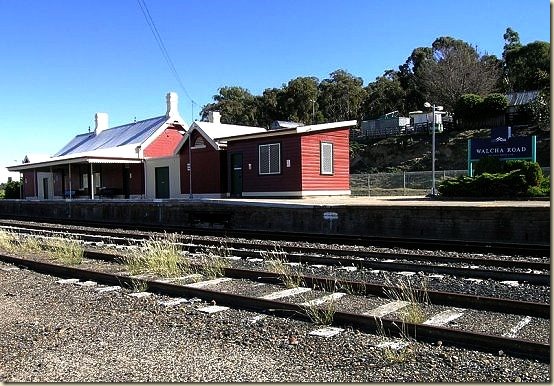 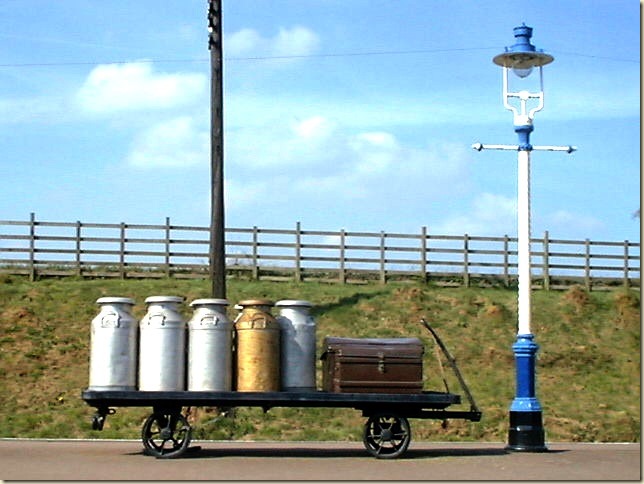 Trove is currently unavailable, so I will save a few milk train stories for another day.

Speaking of Trove: it appears The Illawarra Mercury has now been digitised and appears very soon! That will keep me occupied for some time!